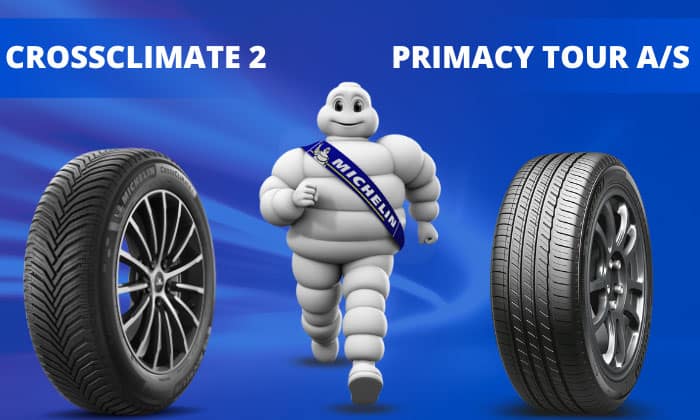 Michelin has plenty of grand touring tires to choose from. For instance, there’s constant debate between Primacy vs Crossclimate tires. To help you decide which touring tire stands out all year round, let’s pit Michelin Crossclimate 2 vs Primacy Tour A/S against each other.

About the Michelin Crossclimate 2 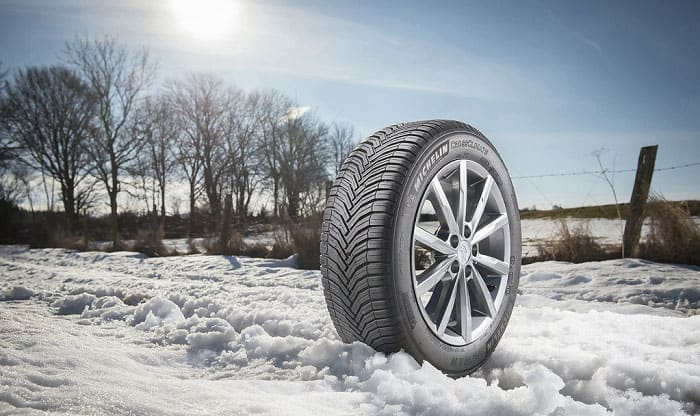 Michelin Crossclimate 2 debuted in 2020 as the most adaptable and innovative passenger tire, outperforming what other brands attempted to innovate in the last 20 years. 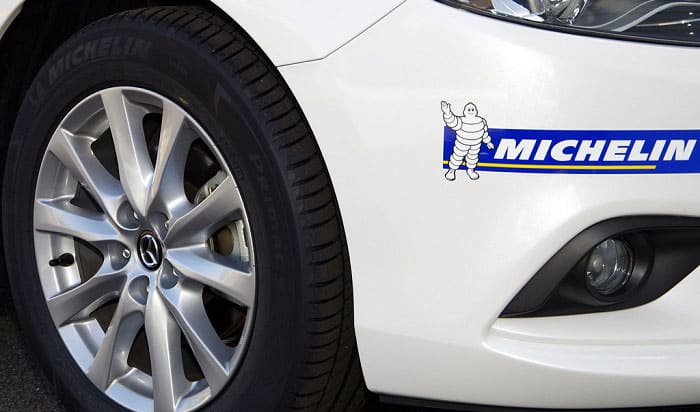 Compared to its predecessor, this grand touring tire aimed to improve its snow performance by 17% by having:

The tire was built for family sedans, coupes, crossovers and sport utility vehicles. 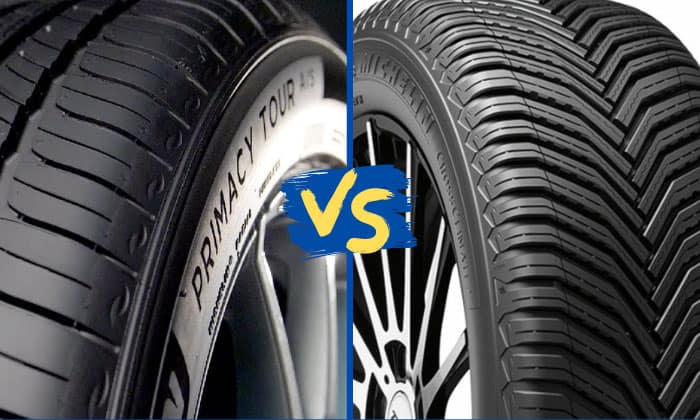 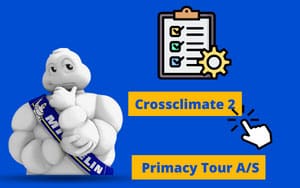 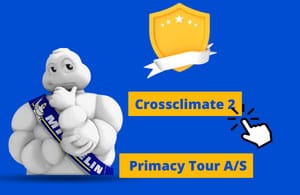 The mileage warranty of Michelin Crossclimate 2 is 5,000 miles higher than Primacy Tour A/S. And, the Crossclimate 2 shares the same mileage promise with other grand touring tires like Premier A/S. 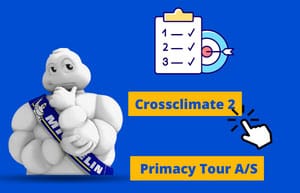 Its high ratings in winter and treadwear solidified the victory of Crossclimate 2 in this match up. 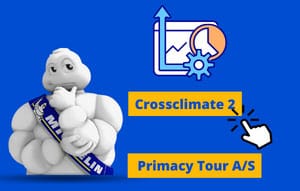 Because of its V-formation tread shape, it possesses excellent aquaplaning resistance.

Crossclimate 2 is easy to maneuver even in heavy rain because to its strong lateral grip and ability to wick water away over steep angles on the tread.

On the one hand, the four large circumferential grooves and full-depth notches provide good wet traction and great hydroplaning resistance. 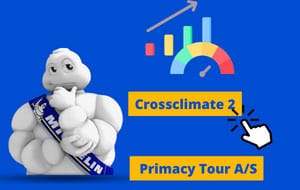 Both tires deliver excellent performance on dry roads. However, Michelin Crossclimate has a slight edge in dry braking because of v-ramps on its tread. It can stop 16 feet shorter than leading competitors, which is the shortest in its class.

On the other hand, consumers loved the ease in handling in dry pavements of Primacy Tour A/S due to responsive steering. 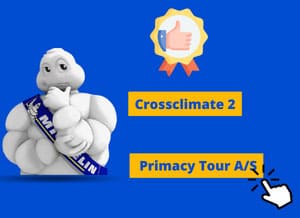 Michelin Primacy Tour A/S was voted as one of the quietest tires in the market. It has noise canceling features courtesy of enhanced Comfort Control PIANO Noise Reduction Tuning.

Michelin Crossclimate 2 has the same noise reduction technology but CC2 can be noisy as it ages.

Its comfort level depends on one’s tolerance level. For instance, one might need to turn the radio on to forget about cabin noise or the growl it creates when it hits potholes.In some cases, users attest that this tire can deliver a smooth and relaxing ride. 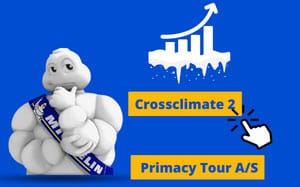 However, this good snow performance of Primacy Tour A/S cannot beat the confidence of the snow-rated tire in handling light to harsh winter conditions. Michelin Crossclimate 2 has a snowflake symbol which signifies this capability. The tire is usable even in deep snow.

In forums like Reddit, users praised the capability of Primacy Tour A/S to handle dirt, ice and snow. However, the tire wears out fast. That’s why they shifted to Michelin Crossclimate 2. They were influenced by the ratings on Consumer reports. 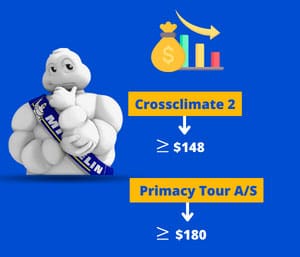 This affordable pricing made Crossclimate 2 even more attractive since it was dubbed as a summer tire with wet and winter capabilities. 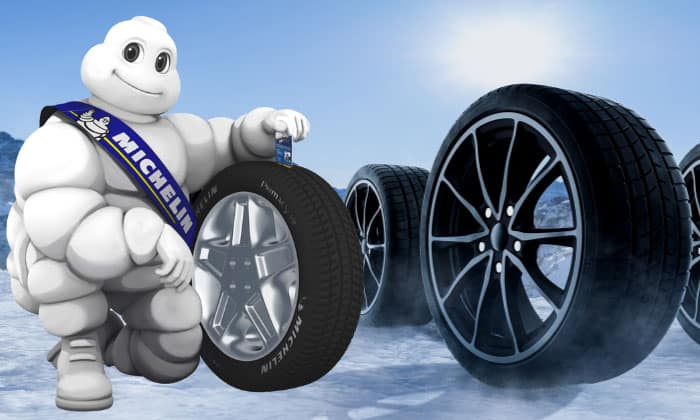 Is the CrossClimate 2 a quiet tire?

No, but CrossClimate 2 has tolerable road noise. The noise level is not distractingly weird or annoying, but one can hear or notice the sounds it produces.

Michelin Primacy All Season has fair traction in light snow conditions. It delivers better performance on dry roads than on wet surfaces.

It was tough to compare Michelin Crossclimate 2 vs Primacy Tour A/S because both tires were specifically constructed to deliver all-season capability, comfort, and longevity.

In this neck and neck comparison, Michelin Crossclimate 2 obviously pulled in more points in snow performance, price and tread life.

Even though Michelin Crossclimate 2 seemed like a perfect tire already, you can also check Pilot vs Primacy tire comparisons or its club exclusive tires like Michelin X Tour for more options. 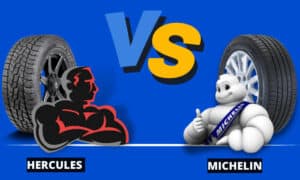