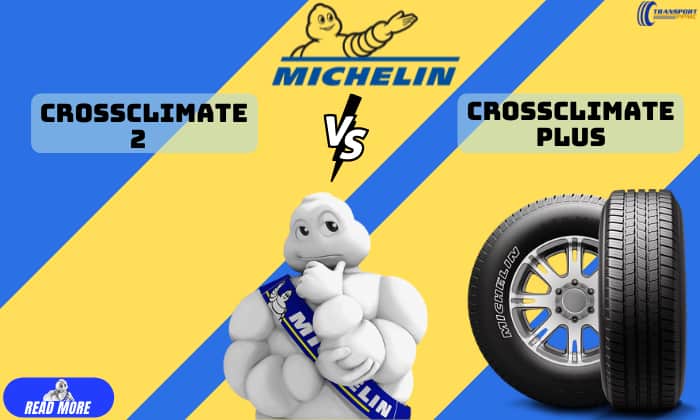 Whenever Michelin drops a new tire, it is usually an upgrade of the best tire they have in the market. The French tire maker is well-renowned for introducing tires that passed rigorous testing. Hence, Michelin never disappoints.

In this tradition, if you are tired of switching from winter to summer tires and vice versa, Michelin offers all-season tires that are impressive in varying conditions all year round. 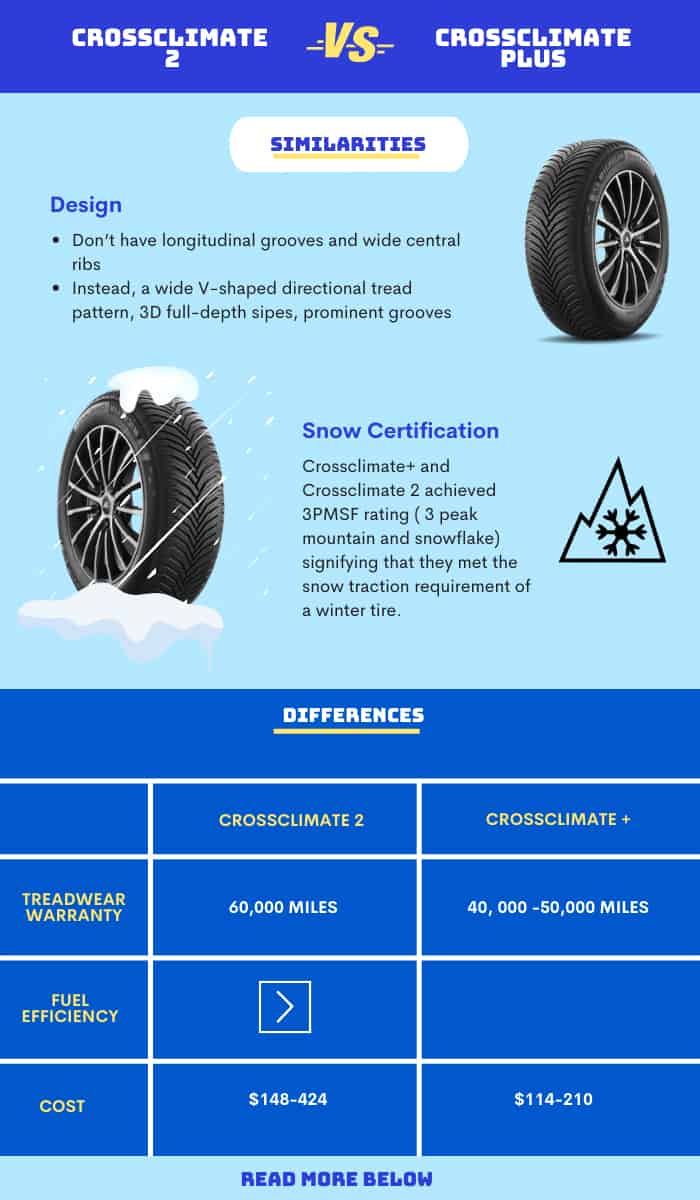 Both Michelin Crossclimate Plus and Crossclimate 2 don’t have longitudinal grooves and wide central ribs that are seen in traditional tires.

They have a rounded contact patch and plenty of cuts or sipes to promote less tread wear during summer but provide good grip on dry and damp roads.

Crossclimate+ and Crossclimate 2 achieved 3PMSF rating ( 3 peak mountain and snowflake) signifying that they met the snow traction requirement of a winter tire.

In other words, both tires passed snow tests but cannot fully replace a winter tire. Although the symbol certifies that the tires are capable of higher levels of snow traction, they are meant for light snow conditions.

These tires are good enough for sedans, coupes, and crossovers to survive a sudden winter storm or light snowfall. 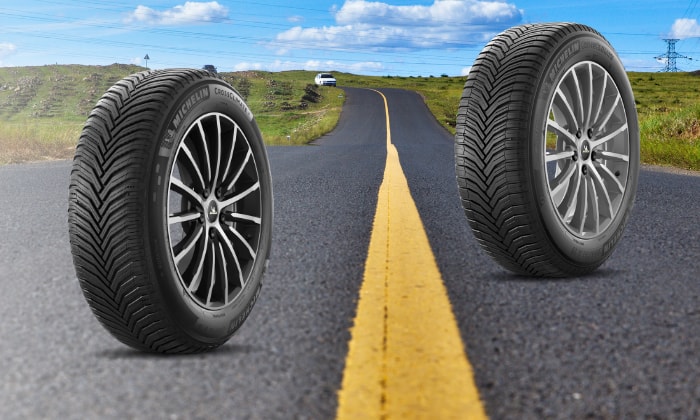 According to Consumer Reports, the best price for Crossclimate 2 can be found at Walmart which starts at $ 198.96- a few cents lower with Tire Rack’s $199.99 offer. 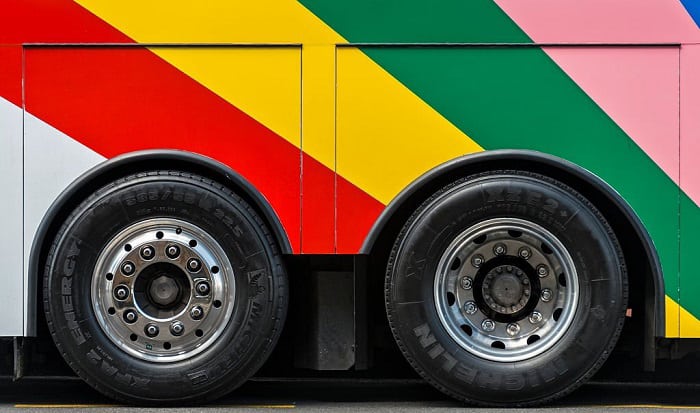 When compared to other brands, Crossclimate Plus ranked fifth place with excellent performance on wet conditions, subjective handling on dry roads, and usable in snowy conditions.

The review included improvement points such as average score on wet braking, high levels of noise and high cost.

Fortunately, between the Michelin crossclimate vs crossclimate 2, most of these negative concerns were addressed by Crossclimate 2 such as improved snow traction, noise reduction, short braking distance on dry roads and less tire wear in summer. 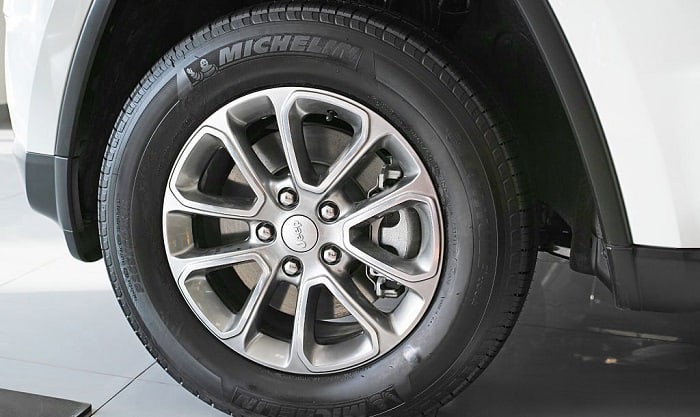 Is the Michelin CrossClimate 2 noisy?

Michelin Crossclimate 2 employed the PIANO Noise reduction tuning system so that the tires would emit low to average noise.

Tirehungry reported that it has tread noise at higher speeds but the level is not alarming. If driven on rough roads, the tires would have slight nondescript growl which is normal.

What changed in Michelin CrossClimate2?

Most all-season tires start with winter capabilities with dropping performance during summer because the tires are worn. This problem was identified when Crossclimate was launched in 2015.

Crossclimate+ came in 2017 and improved its wear while delivering good performance in wet, dry and snowy surfaces.

The increase in tread life was made possible by the highly adaptive tread compound. Because it contains a higher density of silica, it reacts to a wide range of temperatures in different weather conditions.

Michelin Crossclimate 2 is winter-certified with 3pMSF ( 3 peak-mountain snowflakes) rating but it cannot replace the full capabilities of a dedicated winter tire. It is a tire that can get you to your destination safely in light snowy or icy conditions. Tirehungry claimed that it is functional in deep snow.

Through the years, Michelin strives to cater to every need of motorists. One of them is having an all-season tire that promises long tread life, excellent snow traction and stable performance in wet and dry conditions.

If you think this article fell short on answering your questions about Michelin Crossclimate 2, don’t hesitate to share your comments so we can add them in future posts. 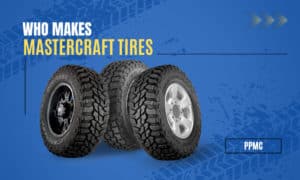 Who Makes Mastercraft Tires? Get the Facts Here! 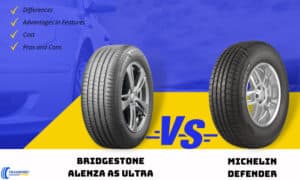