IMPLICATIONS OF 2DS AND 1.5DS FOR LAND TRANSPORT CARBON EMISSIONS IN 2050 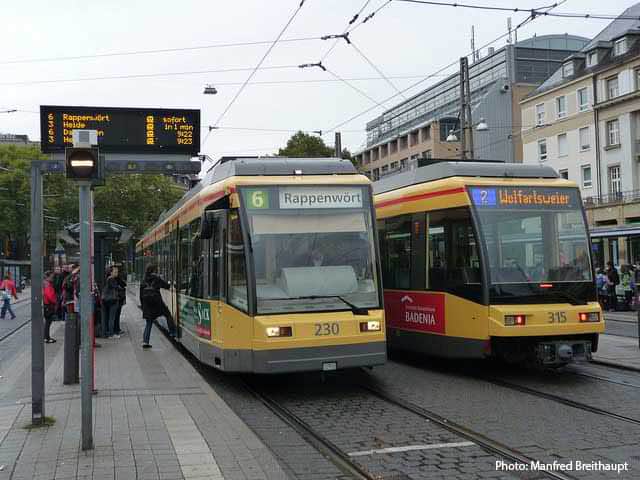 The SLoCaT Partnership has released a draft report projecting land transport emissions trends and mitigation potential to the year 2050, relative to the 2-degree Celsius Target (2DS) and 1.5 degree Celsius Target (1.5DS) called for under the Paris Agreement on climate change. This report is an extension of the 2015 SLoCaT study “Emission Reduction Potential in The Transport Sector by 2030.”

Land transport passenger and freight activity is set to double between 2013 to 2050 if no additional low-carbon policies are adopted and implemented.  From 2010 to 2050, under a business-as-usual (BAU) scenario, transport sector emissions in non-OECD countries are projected to increase nearly threefold (295%) while transport emissions from OECD countries are projected to increase only slightly (17%).

This assessment considers low-carbon policies proposed and/or investigated in 60 individual countries that have produced detailed 2050 emissions projections, which in 2010 accounted for about 89% of global land transport sector emissions, about 76% of global population, and about 84% of global GDP. This study is one of the first global meta-analyses of long-term transport sector emissions by aggregating “bottom-up” country transport CO2 estimates, using one of the largest existing collections of literature outside the UN Intergovernmental Panel on Climate Change (IPCC) process and considering insights from more than 450 national modeling studies. This analysis has determined that aggregating individual country transport specific modeling efforts projects more rapid increases in transport emissions, especially in the 2030-2050 period, when compared with global estimates.

Results of this analysis indicate that applying 2DS and 1.5DS targets for the transport sector results in required emissions of 4.7 gigatonnes (Gt) and 2 Gt, respectively, by 2050, as compared to a 13 Gt projection under BAU.  By implementing a set of low-carbon transport policies identified in policy and research documents, it is estimated that transport emissions could be reduced to about 5 Gt (roughly 60% below BAU by 2050). This finding exceeds the mitigation potential estimated by the IPCC Fifth Assessment Report, which states “For the transport sector, a reduction in total CO2eq emissions of 15–40% could be plausible compared to baseline activity growth in 2050”.

The results of the SLoCaT analysis are summarized in the following figure, which shows that the transport sector has potential to approach a 2DS under a low-carbon scenario (LCS) (i.e. if all modeled policies are implemented), but is likely to still fall well short of a 1.5DS: 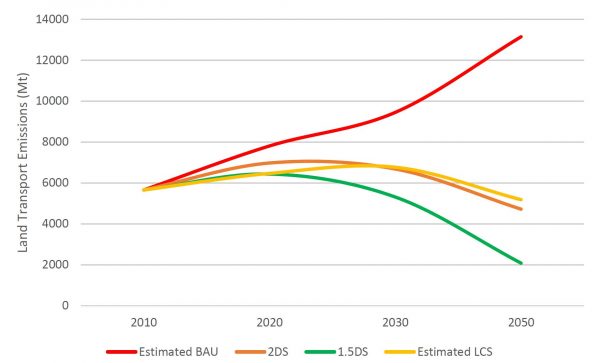 It is clear therefore that current policies and measures being considered for individual countries are generally inadequate and more transformational measures are needed.   Thus, achieving a 1.5DS will require nothing short of de-carbonizing transport around mid-century or soon afterward in the most advanced economies, (2070 in less-developed countries), and thus transformational changes in thinking and behavior, and new approaches to policy, technology and investments are required.  In addition, the study concludes that transport sector emissions need to peak in the first half of the 2020s in order to stay on track to achieve 2DS and 1.5DS targets; thus, any delay in scaling-up mitigation efforts will make this transformation nearly impossible to achieve.

This analysis offers several preliminary recommendations based on the above discussion: