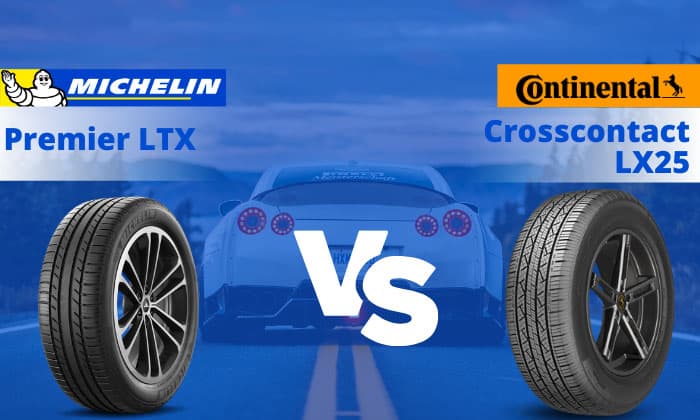 More people are buying SUVs because they are practical, easier to maintain and visually appealing on the road. Because of this, there are numerous options for SUV tire.

That is why we narrowed down the selection to Michelin vs Continental and investigated the features that make Continental Crosscontact LX25 vs Michelin Premier LTX a cut above the rest among all-season SUV tires.

Continental’s Crosscontact LX25 beats Michelin’s Premier LTX in delivering its promise of longer wear and excellent performance in all-weather conditions. The Continental tire has low road noise level but the Michelin Premier LTX is remarkably quieter on the road.

Continental’s Crosscontact LX25 and Michelin’s Premier LTX are both all season touring tires for sports utility vehicles and crossovers, but the LTX can accommodate light duty vans and pickup trucks as well.

Both tires have a symmetric tread design and continuous center rib. However, they differ in some characteristics. 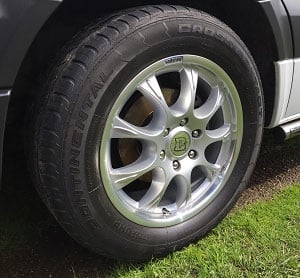 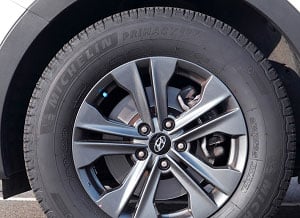 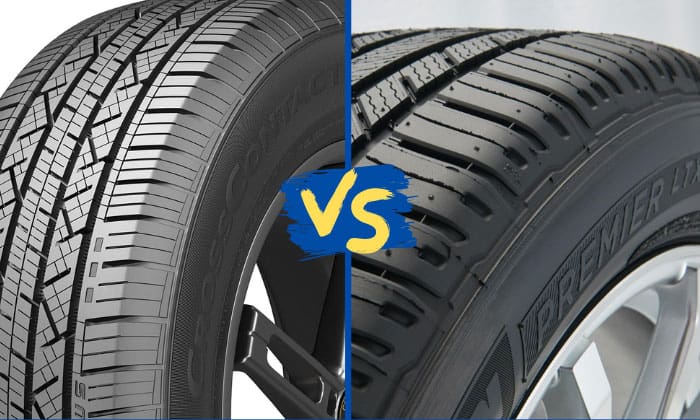 As you may notice below, the Crosscontact LX25 has higher treadwear and traction ratings than the Premier LTX. These marks indicate that LX25 lasts longer and has better wet braking ability than its competition.

On the other hand, the LTX tire is lighter at 28.

Both tires have the same maximum carrying capacity.

Continental’s Crosscontact LX25 has brand support of 70,000 miles, which is 10,000 miles higher than Michelin’s Premier LTX.

When compared to other Continental touring tires, the LX25 has the same mileage promise as the Continental PureContact and Continental Crosscontact LX20 with EcoPlus technology.

The LX25 has a higher treadwear rating than the Continental SureContact LX (680 AA) and Continental Crosscontact LX Sport (480 AA), so it stands out even among models from the same brand.

On the other hand, the Premier LTX has the same mileage warranty of 60,000 as Michelin’s Crossclimate 2, which is pretty average compared to long lasting tires like the Michelin Defender LTX (70,000 miles) and Michelin Latitude (65,000 miles).

Based on consumer ratings, Continental’s Crosscontact LX25 has superior comfort and performance in wet, dry and wintry/snowy conditions.

Aside from the Premier LTX, the Crosscontact LX25 outscored the Pirelli Scorpion Verde All Season Plus 2.

The Pirelli tire has a similar fate as the Premier LTX. Both tires win in road noise level only. They are exceptionally quieter on the road than the Continental.

Although the LX25 is not a snow-rated tire, it has impressive snow braking, acceleration, and handling. Even 3PMSF certified Michelin Crossclimate 2 cannot defeat LX25’s sticky performance in snowy conditions.

These victories of the LX25 against some Michelin models are all attributed to the traction grooves and sipes. Such features enabled the Continental tire to reduce rolling resistance, improve traction in all road conditions, extend its life cycle – essentially lowering the driving cost.

But if you are interested in more affordable touring tires for an SUV than the CrossContact LX25, Pirelli  Scorpion Verde All Season Plus 2 starts at $138.50 while Goodyear Assurance Weatherready costs $140.00. 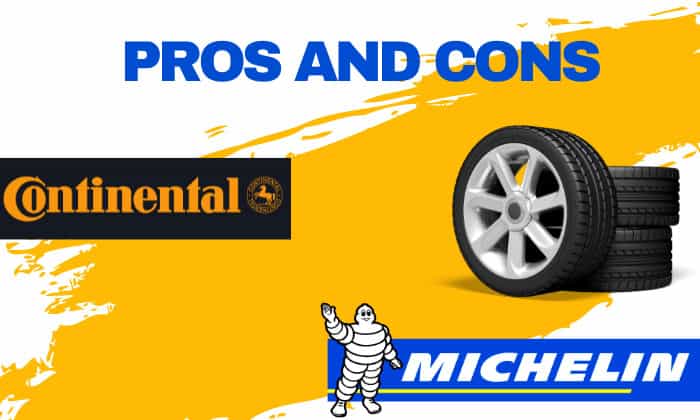 Read the next comparisons:

Continental CrossContact LX25 tires are made by Germany-based tiremaker, Continental AG. The multinational company started as a rubber manufacturer in 1871 and now works with the world’s largest automakers such as Ford, Volkswagen, BMW, General Motors and more.

Yes. Michelin Premier LTX is usable in light snow conditions. It can tread safely on snow-covered roads, but do not overdo it as the LTX cannot match a winter tire’s performance in serious snow-laden terrain.

When it comes to a quality driving experience, between the Continental Crosscontact LX25 vs Michelin Premier LTX, the former takes the overall lead.

The CrossContact LX25 has the all-season capabilities that every SUV driver wishes for. However, if you are looking for the best tire to suit light trucks with bigger wheels, Michelin’s Premier LTX fits the bill.

If this post makes you wonder about Continental Cross Contact vs Purecontact, watch out for our next reviews. 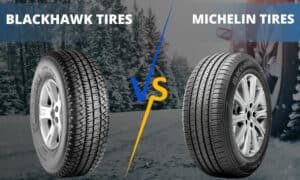 Goodyear Assurance vs Michelin Defender: Which is Better? 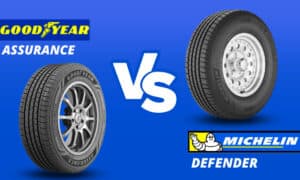